Mobilegeddon is Here! Track Your Mobile Rankings on Dragon Metrics 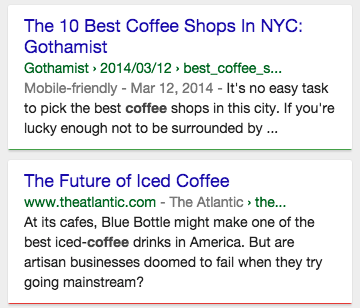 Just in time for Google’s Mobilegeddon algorithm update, starting today you can now begin to track rankings on mobile devices as well as traditional desktop/laptop. With such a large percentage of organic traffic coming from mobile devices, and now with the new update, it’s never been more crucial to track mobile rankings, and today’s update makes that possible.

Google’s Mobilegeddon Update – What You Need To Know

There’s been a huge amount of buzz about the new update, but for those unfamiliar, here’s a quick recap. Today, Google is starting to roll out an algorithm update that affects rankings on mobile SERPs, dubbed by the SEO community as Mobilegeddon. The basic idea is that starting on April 21st, and rolling out over the next few weeks, Google will begin to treat mobile friendliness as a much more important ranking signal on mobile results pages.

Desktop searches will be unaffected, but we should be prepared for a decent sized shake-up in the mobile world. Google will make a binary decision on whether a page will display well on a mobile device or not, and if it is will apply a label that says “mobile friendly” right in the results. This decision is binary, meaning either it’s 100% mobile friendly or 0% — there’s no partial credit. This evaluation is made on the page level, not the site level, which means that it’s possible some of the pages on your site could be considered mobile friendly, while others are not. Read an in-depth explanation of the update for more details.

Google rarely announces algorithm updates ahead of time, but they’ve given us almost 2 months warning ahead of time on this one. Whenever they do this, it’s reasonable to expect some pretty big changes. Therefore, it’s crucial now more than ever to track your mobile rankings.

That’s it! It works just like tracking any other search engine, but you can be sure it’s tracking the same results as you’d see from a mobile device. For best results, start tracking mobile today to see the changes as the update rolls out.

If you haven’t updated your site to make it mobile friendly, it’s never too late! You don’t want to get left behind with this new update. Here’s a guide on how to optimize your site for mobile, provided by Google.